The MoU marks the first step in developing mutually-beneficial future collaborations between Sarawak Energy and Sarawak-based manufacturers, encouraging knowledge sharing and fostering innovation as well as aligning efforts between all parties to support participation of Sarawak businesses.

Speaking during the ceremony themed “collaborations to power growth”, Datu Sharbini said that the MoU is in line with Sarawak Energy’s long term aspirations towards becoming a benchmark utility through continuous improvement and signifies a fundamental transformation in the relationship between Sarawak Energy and Sarawak-based manufacturers.

“We are evolving from the traditional vendor relationship model into a new relationship that is based on shared values and interests. Procurement excellence also demands increased collaboration with suppliers. I believe that this MoU will continue to strengthen our business relationships to power growth for Sarawak Energy and our strategic suppliers. At the macro level, a localised supply chain enhances the sustainability of Sarawak’s economy, creating and sustaining jobs as well as other indirect economic activities throughout the value chain.” he said.

“It has been long overdue for local manufacturing companies, particularly a bumiputera company like us. We truly appreciate the opportunity to participate in this, and we hope that this MoU would be materialised as soon as possible,” he added.

While this is the first group of Sarawak based manufacturers under this MoU, Sarawak Energy has plans to expand its pool of Sarawak based strategic suppliers and further transform business relationships to be more value-centric, favorable and positive in nature. 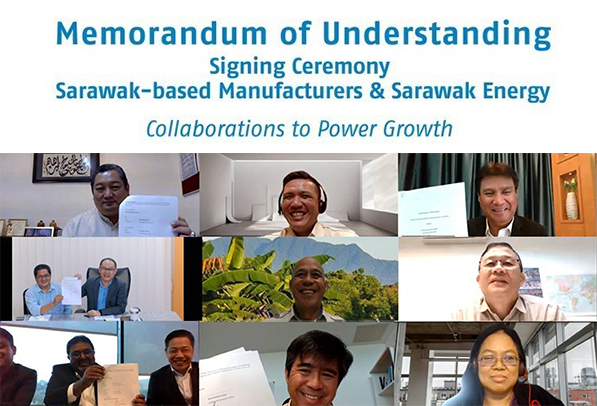